In ‘Skeleton Dance’, the street breaks open to reveal the underworld to the public. An unpleasant discovery, as there are gruesome skeletons hiding under the paving stones… But what starts out as a nightmare takes an unexpected turn and even has a romantic ending… For the Brussels Light Festival we created a mapping project in which we developed a new technique to project onto the cobblestones instead of onto a building. A procedure similar to the well-known street paintings, but with moving images. 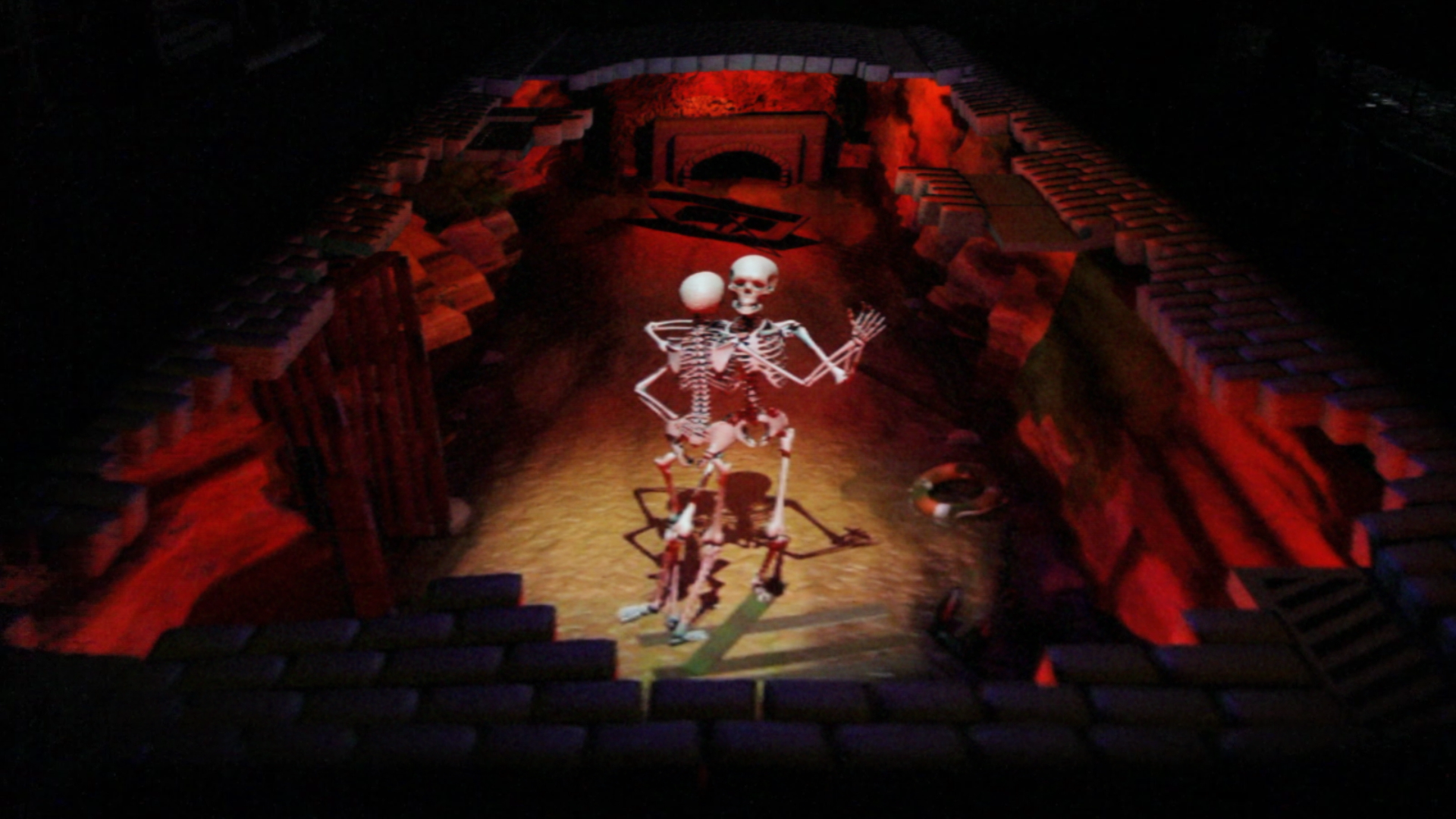